with poached egg from our own farm, San Daniele and tomato-mustard vinaigrette 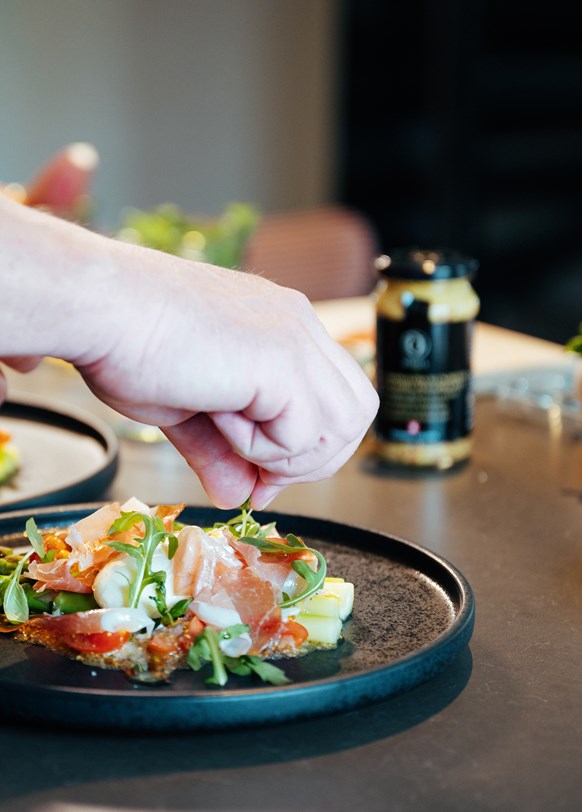 Peel half of the asparagus and boil in salted water for 3-4 min. Poach the eggs for approx. 5-7 minutes

Mix everything carefully and season with fleur de sel and lemon juice.

As Executive Chef of the Widder Hotel, Tino Staub is responsible for the culinary well-being of the guests of the Widder Bar, Widder Garage, Widder Garden and as well as the Boucherie AuGust. Tino Staub's exceptional cooking style can also be enjoyed at events and banquets.

Typical for Tino Staub's dishes is a "Touch of Asia" that takes you on a journey to faraway places.